Board of Zoning Appeals

The Carroll County Board of Zoning Appeals (BZA) was created pursuant to Article 66B of the Annotated Code of Maryland and the Zoning Chapter of the Carroll County Code of Public Local Laws and Ordinances. The BZA deals exclusively with land use cases. The Board hears and decides requests for conditional uses and variances. In addition, the BZA hears appeals from decisions of County officials and agencies concerning land use and zoning matters. Like a court, the Board hears evidence, takes testimony under oath, accepts exhibits, and makes decisions based on all of the evidence presented at the hearing. The BZA has no legislative power; therefore, it can neither make nor modify the zoning laws or policies.

The five members of the BZA are appointed by the Commissioners of Carroll County and serve staggered three-year terms. An alternate member is also appointed to a one-year term to serve when a member is absent.

The BZA typically meets during the last week of each month. Additional dates are scheduled as needed. Meetings are held in Room 003 in the Carroll County Office Building. A BZA hearing, while quasi-judicial in nature, is still relatively informal. The Board strives to accommodate the public and issue decisions that balance property rights with requirements of the Zoning Ordinance. After all, the BZA members are all volunteers and are your neighbors. 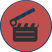