The Land Use Article of the Annotated Code of Maryland delegates planning and zoning regulatory powers to several counties and municipalities. Among several of the delegated powers is the authority to create a planning commission to prepare comprehensive plans, zoning ordinances, and subdivision regulations and to guide development within this framework.

The seven-member Carroll County Planning and Zoning Commission was formed on August 10, 1959. Members serve without pay and receive a $125 per diem allowance. All are citizens of Carroll County.

The Commission members are as follows:

Lynda D. Eisenberg, Director of the Department of Planning, serves as the Secretary to the Commission. The Commission follows an adopted set of Administrative Rules during its meetings.

The Commission meets for a regular monthly meeting on the third Tuesday of every month in the Reagan Room (Room 003) of the County Office Building. Commission meetings are open to the public, except as provided by law. Members also attend numerous other meetings throughout the year, including scheduled hearings and special work sessions, in conjunction with their duties as Commission members. 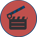